This has been so far my favorite cake!!! .  The top tier started as a smaller version of the first round cake only the inside of the cake was red on the top layer and the bottom layer was blue with white icing in the middle.   Right before frosting it I decided to carve it in the shape of Texas. Between the first and the second tier I put as many Texas icons I could think of including a handkerchief, a bob wire made of tootsie rolls, since i like to work with it whenever I can, a yellow rose, the Alamo blue bonnets and longhorns. 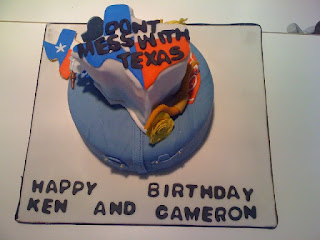 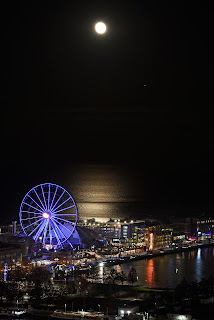